West, Gerald., Reading the Bible with the marginalised: The value/s of contextual Bible reading

Critical discussion:
1. What have you observed in Exodus 36?

In the passage there were too many freewill offerings, so much so that Moses had to tell them to stop giving. The Lord gives skills, talents, and gifts to the people in order to accomplish the work – for example, the skills are not limited to construction or carpentry, but hearts were stirred and the weaving of thread to cloth/curtain. Everyone is gifted but with different skills.The steps given were very detailed, with repeating sections, for example: twisted lines/colors. In the freewill giving, the people did not consider possessions their own. God made tabernacle through wise and skilled persons, at verse 10, “he” is used in the NRSV, but the implication is not that an individual person accomplished the work but a collective group.

2. What might the tabernacle symbolize in the liberation journey of the Israelite?

The Israelites can know their identity in the tabernacle. In Egypt, when God called the Hebrews out, he did not just tell them to leave, but specifically said “that leave they may go worship me”. The freewill offerings are symbols of freedom. When they had worked in Egypt, the building of palaces and sacred temples/places of worship were done through enslavement, but now the building of the tabernacle the place of worship for the YHWH God was done from a place of freedom. The tabernacle was also amongst the people, at their center—so that when they are with God they are also free. The tabernacle represents God’s house, where God meets us, which is also our home, a tent, just like that the Hebrew people are living in. Once upon a time, they could only worship YHWH in their hearts (in Egypt) but now they have a place they can worship too, a representation of home.

3. From making molten calf to building tabernacle, what internal changes (psychological, mindset, spiritual...) might have happened within the Israelite?

Before: they made an image, an idol. After: no idol, a tabernacle with a seeming invisible God that gives them freedom to imagine. Making the calf is simple-one sculpture, but the tabernacle is very detailed and complex with layers, upon layers, and a progressive course of faith representing coming closer and closer to the center, closeness with God. The tabernacle also represents a sense of ownership, participation through collectively working on the tabernacle, and an opportunity to celebrate their work and contributions. When they look at the tabernacle they can see their happy work and be reminded of God.

The movement of the tabernacle, as a tent, is free-er, the cloth, the moving flaps or walls are freer flowing than a solid gold calf. God is everywhere not just where the idol is. The tent/tabernacle, wandering with the people. God is with you, in a tent, and while the speed of wandering in the desert is slow, it represents a patience. God’s house is the same as my house—emmanuel god with us.

4. As a church leader, how do you minister to your congregation so that they may be willing to participate in building up a sacred space?
We can by showing them the answers we have from questions 1-3. It is important for us to make sure congregations have ownership in the church community and allow people to serve with their gifts. Everyone has a role to play, and the responsibilities should not all fall upon a pastor or leader. Everyone brings what is needed to make this home, and they themselves are needed as well. By including more people in the process, it will take longer, so we have to be patient and prepared for things to take longer and create space for offerings and serving, space and time for people to be stirred by God. Individual shave many different precious talents and things to contribute, and we must help them to find their gifts.

We must also encourage the people who do feel that their service or gifts are good enough to let them know that they are needed, good, and helpful. We must also acknowledge the work that is done quietly, not only that on the stage that is visible. Cooking and cleaning are necessary jobs but are often done without any acknowledgement to its necessity. Church members will also observe the example set by leadership. If a senior leader is ordering around younger leaders and does not work with them in a collaborative way, the congregation will notice and will fall into this way of working as well. Particularly in Korea, the issue of hierarchy can get in the way of teamwork, older pastors must set an example through their attitude.

We must also empower those who are quick to criticize to become fixers, to do instead of just complain. We must try and make the church more like the easily movable tabernacle, able to travel into the world, be amongst the people, to move, and be like water. 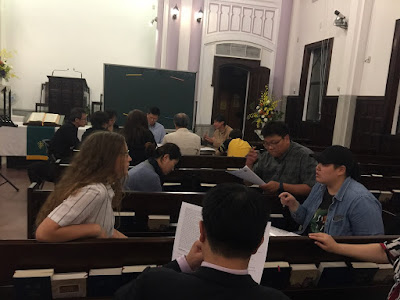 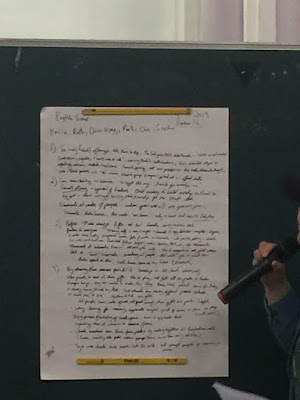 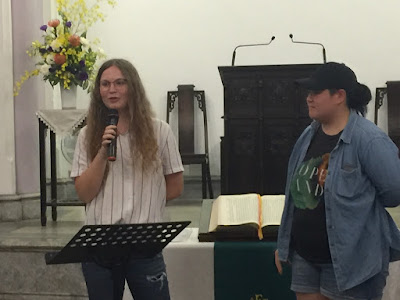 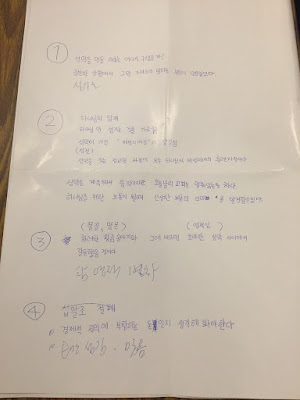 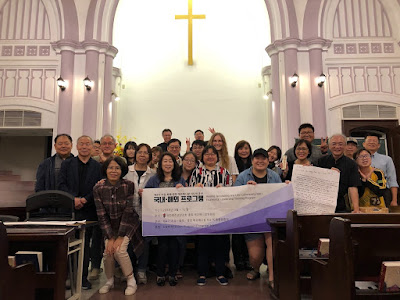 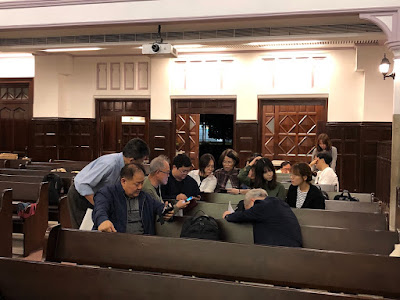 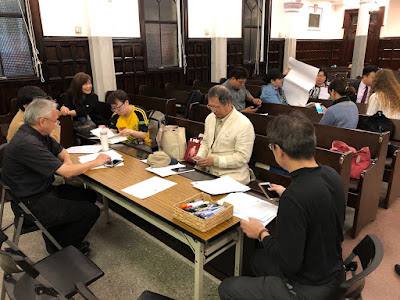